❄☃️🎄THE WINNER OF THE CHRISTMAS GIVEAWAY IS LINDA FROM PENNSYLVANIA! Thanks to all who entered! 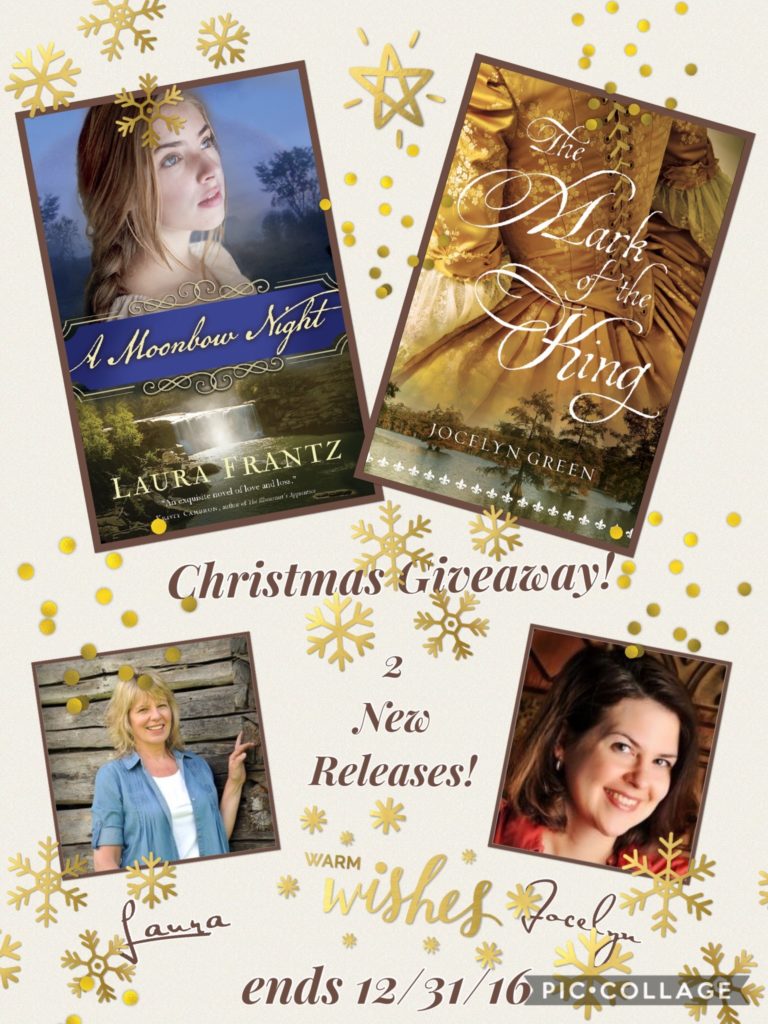 Celebrating not one but two historical fiction releases on January 3, 2017!

The Mark of a King by Jocelyn Green!

Sweeping Historical Fiction Set at the Edge of the Continent
After being imprisoned and branded for the death of her client, twenty-five-year-old midwife Julianne Chevalier trades her life sentence for exile to the fledgling 1720s French colony of Louisiana, where she hopes to be reunited with her brother, serving there as a soldier. To make the journey, though, women must be married, and Julianne is forced to wed a fellow convict.
When they arrive in New Orleans, there is no news of Benjamin, Julianne’s brother, and searching for answers proves dangerous. What is behind the mystery, and does military officer Marc-Paul Girard know more than he is letting on?
With her dreams of a new life shattered, Julianne must find her way in this dangerous, rugged land, despite never being able to escape the king’s mark on her shoulder that brands her a criminal beyond redemption.

A Moonbow Night by Laura Frantz

On the Kentucky frontier of the 1770s, Temperence Tucker has learned to be fleet of foot, accurate with her bow, and silent about her past. But her family secrets complicate her growing attraction to a handsome Virginia land surveyor with a harsh history of his own. Will the hurts and hardships of the past prevent them from a fulfilling future?

To enter, please leave a comment below and tell us what page you’re on & what you’re currently reading! Winner drawn 12/31/16…

A very Merry Christmas to you from the two of us!

Be the first to receive writing updates, try her favorite recipes, and get her FREE guide: 10 Beloved Books (that inspire me professionally and personally).